Damiskos is a retired army officer working for the quartermaster corps, since his parents spent the family fortune and the army doesn’t pay much in the way of retirement. He’s been sent to a seaside villa to negotiate the purchase of fish sauce from the owner, who happens to be an old friend from the capital city. It’s supposed to be a bit of a vacation, but on arrival he finds the house filled with philosophy students, and a businessman from a neighboring island-state who also has a captivating eunuch slave, Varazda. 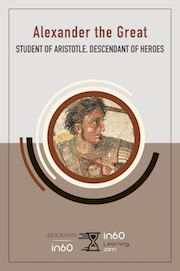 Review - Alexander the Great by in60Learning

Kindly note: The publisher of this series provided a free copy of this book in exchange for my honest review. in60Learning is a new range of books designed to provide and overview of people and events of the past in an easily digestible format. With a total print length of around 40 pages, they are meant, as the publisher’s name implies, to be read in around 60 minutes. The publisher offered me my choice of books for review. 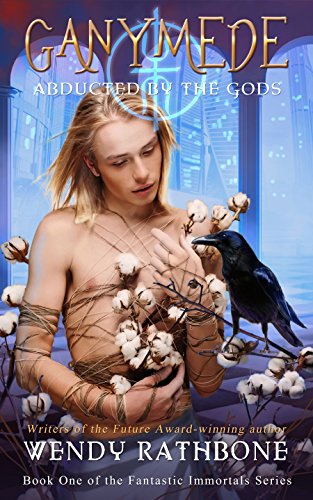 In Greek mythology, Ganymede was a young man or boy born in the area that would become Troy. He was supposedly so beautiful that the god Zeus, chief among all the immortals, kidnaps and brings Ganymede to Olympus to serve as his cup-bearer and become immortal himself. This retelling of the classic story is given from Ganymede’s point of view, and puts a science fiction spin on the tale. Although not original, the idea that the gods of Greek mythology were aliens from a technologically advanced civilization is still well played.

In Homer’s epic recounting of the Trojan war, the Iliad, prince Hector was Troy’s greatest warrior but, he tends to excite little interest from modern day authors looking for inspiration. “Hector and Anatolius” tells the story of Hector before the Greeks, or even Helen, arrive. Hector is the dutiful son and heir to king Priam in most respects, except in his resistance to find a woman to marry. His inclinations lie in another direction entirely. 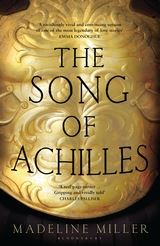 Review - The Song of Achilles

The love between Achilles and Patroclus is one of the great classics of Greek literature. For gay men, it’s a story we can look to as proof that there have always been men who loved other men, and they weren’t always as reviled as we sometimes feel in modern society. It’s no wonder that contemporary authors keep returning to the story to try and reinterpret it. “The Song of Achilles” gives us the story from Patroclus’ point of view.

Review - The Rise and Fall of the Sacred Band of Thebes

This review has also appeared at Speak Its Name. The Rise and Fall of the Sacred Band of Thebes opens on that fateful day on the plain of Chaeronea, when Philip and his golden son wipe out almost all of the Sacred Band. Almost all, for although badly wounded, Nikanoras still lives, much to his shame. Alexander finds him and has his wounds tended. From that desperate opening scene, we flash back to Nikanoras’ childhood.

This review was originally written for Speak Its Name. This version contains a bit of a spoiler, so if you don’t want that, read the version that appears at Speak Its Name where it’s been edited out. Anatolios and Philon are young apprentice sculptors in Classical Greece. Anatolios is a precocious boy of just 13 years. Philon is much older, around 20, and treats Anatolios like a brother. Their master Nikias treats both boys as his own sons.

This review was originally written for the Speak Its Name web site: The Greek era has always been one of my favorites for historical romance. Perhaps it’s because Mary Ranault’s Alexander books were the first historical novels with a gay bent I ever read, or maybe it’s just because it was a time when love between men was not only accepted, but almost expected. So I had high, perhaps unreasonable, hopes when offered “Achilles: A Love Story”.