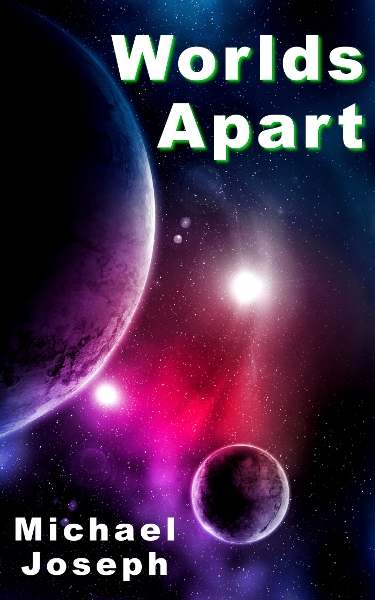 Up-and-coming corporate financial analyst Jim Li couldn't be more different than the shy genius Jon Franklin, yet when the two meet there's definitely a connection, as much as Jim might try to deny it. But that connection isn't strong enough to pull Jon away from an obsession with a new idea, and when Jon disappears in an explosion, Jim is left alone with his guilt and grief. Five years later, Jim is still trying to get closure and move on, but then news comes of a foreign object entering Earth's solar system. Could it be that Jon has really returned? And could they every get back what they had before?

Up-and-coming corporate financial analyst Jim Li couldn't be more different than the shy genius Jon Franklin. The two men's personalities are ‘worlds apart‘ but when they meet there's definitely and attraction. Although Jim tries to take things slow, he soon finds himself in a relationship with the geeky other man. However, Jon's mind is never at rest, and when a new idea for a scientific breakthrough takes hold of his imagination, Jim's love is not enough to pull Jon back from his new obsession. The couple become estranged, and then Jon disappears in an explosion.

Five years later, Jim still hasn't been able to move on. Guilt and grief and nagging doubts about what really happened to Jon still plague him. Then one day news stories start to appear about a new object spotted near the edge of the solar system. As it moves closer, people begin to theorize it might be a ship. Speculation is ended when Jon's image is broadcast to the world, announcing that he has returned, with a message from a far away civilization. Could it really be Jon, and can Jim reconnect with him to try and rebuild the relationship they once had?

Kindly note that ‘Worlds Apart‘ is intended for adult audiences only.

“Worlds Apart” is available in all popular ebook formats for just about every reader device or application. The book may be purchased from any of the following on-line retailers: