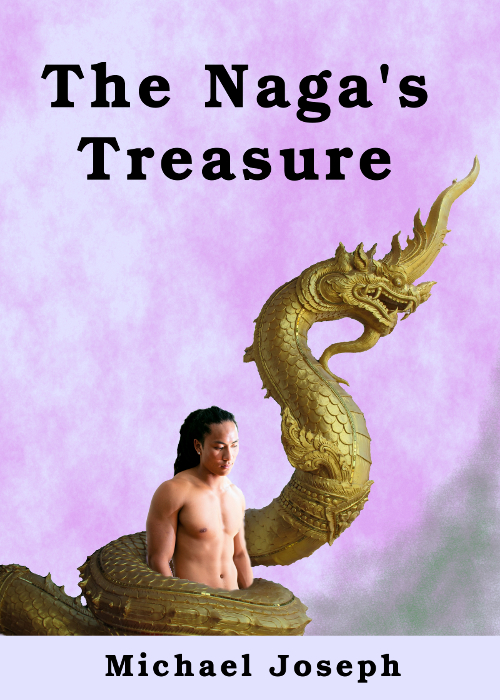 Prince Suriya never expected to become the great king of Angkor. His older brothers were definitely more suited to the throne. Besides, one of the duties of the king was pleasing Lord Naga, the protector of Angkor, who legend says appears to the king every night as a woman. But the serpent lord has plans for the young prince; plans that will change both of them.

Prince Suriya never expected to become king. His older brothers were definitely more suited to the throne. Whoever became king had to make nightly visits to the chamber of Lord Naga, to please the protector of Angkor, who legend says appears to the ruler as a woman, and Suriya had always preferred the pleasures of men.

The serpent lord could see into the hearts of men and was charged by the great god Vishnu with the protection of Angkor, yet he had to act through the human king, by beguiling and cajoling them to follow his guidance. Lately it seems the great kings thought they knew more than the gods, and paid the price. Even the gods can grow weary of their tasks. Lord Naga longed for a man to come to him who would not only serve him, but also please him in the way no man had for hundreds of years.

The Naga's Treasure was inspired by a legend that has been passed on to us by Zhou Daguan, a Chinese emissary who visited Angkor in the thirteenth century and left one of the most detailed accounts of life in the ancient capital. In his writings, he related the following story that had been told to him:

"Inside the palace there is a gold tower, at the summit of which the king sleeps at night. The local people all say that in the tower lives a nine-headed snake spirit which is the lord of the earth for the entire country. Every night it appears in the form of a woman, and the king first shares his bed with her and has sex with her. Even his wives do not dare go in. At the end of the second watch, he comes out, and only then can he sleep with his wives and concubines. If for a single night this spirit does not appear, the time has come for this king to die. If for a single night he stays away, he is bound to suffer a disaster."

Kindly note that The Naga's Treasure includes explicit descriptions of sex between men. This book is intended for adult audiences only.

Michael Joseph is the pen name of a Bangkok-based travel writer with more than 20 years experience traveling throughout Southeast Asia. The Naga's Treasure is his third fiction book.

“The Naga's Treasure” is available in all popular ebook formats for just about every reader device or application. The book may be purchased from any of the following on-line retailers:

Not sure which format is right for you? See the book store for more information.