This book is part of a multi-author series featuring shifters, gargoyles and male pregnancy. Aside from the theme(s), there’s no connection between the books so it’s not necessary to read them all or read them in order. Dominic is a man on a war-like planet of bear shifters. He wants to advance his military career, but his father’s mistakes are constantly held against him. In what he thinks is a bold move to show he’s not his father’s son, Dominic comes up with the idea to undertake a spy mission to a nearby planet his military is considering trying to take over. 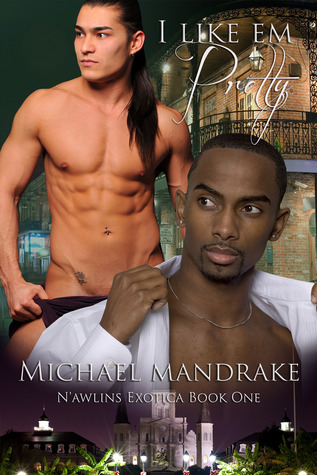 Francois Choteau, “Frankie” to his friends, is a homicide detective with the New Orleans police department. One night he and his partner Kenina are called to the scene of an apparent suicide, but it isn’t the victim that catches Frankie’s eye, it’s his young lover Kajika Fortier, the most beautiful man the somewhat closeted detective has ever laid eyes on. The attraction between the two is mutual, but Kajika is a witness if not a suspect so Frankie tries to keep his distance.