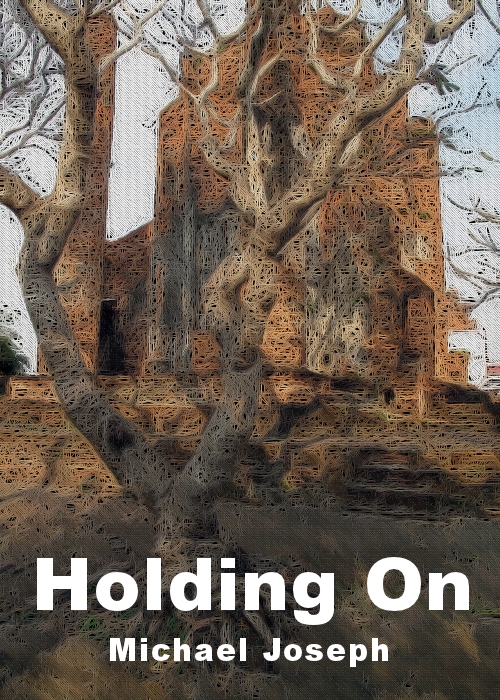 David is facing a bit of a mid-life crisis. He's come to realize he wants to be a submissive. But where to find a dom who will take him on at his age, in Thailand? To David, the younger, confident Gun seems like a godsend. Gun initiates David into the ways of a D/s relationship, and it makes him feel like he truly belongs. But can David hold on to this dream, or will his own fears doom it?

David is a 40-ish American living in Bangkok, and facing a bit of a mid-life crisis. After more than a dozen years living in Thailand, he has become disillusioned and is considering returning to the states for the first time. David is very shy but wears his heart on his sleeve. He came to Thailand in search of love, but after a string of relationships that didn’t go anywhere, David has come to realize that he might be a submissive, and doubts he could find a suitable dominant in Thailand. Then, into David’s life drops Gun, a strong, confident 30-something Thai man. Gun is an experienced dom and seems to be everything that David could hope for, but David’s own insecurities may sink the relationship before it really gets off the ground.

Holding On tells the story of the start of an unusual relationship, involving David, an older American living in Bangkok, and Gun, a younger Thai man who plays the dominant role in the relationship. Being submissive is in David's nature, but can he overcome a lifetime of being self-reliant to be happy submitting to Gun's control, however gentle that may be? We all come into relationships with baggage, but David has a bit more than most. As he becomes more and more enthralled with his new dom, David's own self-doubts begin to sew the seeds of discontent. Does he really deserve to be loved?

Kindly note that Holding On is the story of a Dominant/submissive relationship, with explicit descriptions of sex between men, including some very light bondage scenes. This book is intended for adult audiences only.

“Holding On” is the first book of the David & Gun series. The second book, Five At Table, is available now.

“Holding On” is available in all popular ebook formats for just about every reader device or application. The book may be purchased from any of the following on-line retailers:

You can also purchase the book directly from me for just US$2.99, using any major credit card. Simply choose the format for your ereader below and you'll be taken to a secure on-line payment site, where you'll be able to download your file immediately.

Not sure which format is right for you? See the book store for more information.

You can also purchase a bundle of all three David & Gun books, for Kindle or ePub, from Ganxy.