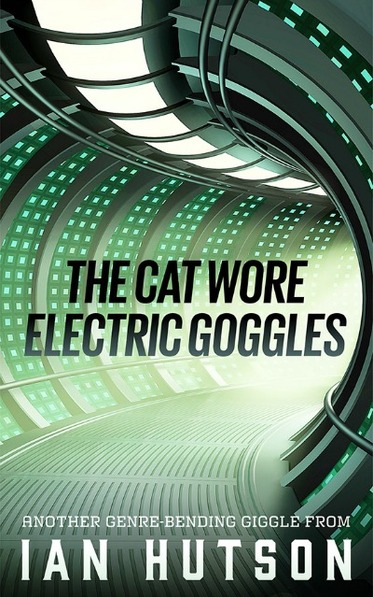 If P.G. Wodehouse and Douglas Adams had a love child, the result would probably be Ian Hutson. This collection of twelve short stories combines the whimsical humor of both authors, the science fiction bent of Adams and the nostalgia for an earlier era of Wodehouse.

The title story, The Cat Wore Electric Goggles, is a tale of the exploration of a mysterious planet. Although set in the future, the technology has a decidedly 1960s feel to it. It's not exactly steampunk, but the effect is very similar. Add to that the distinctly British humor with which the entire story is told and you have a rather delicious little confection.

The rest of the stories are in a similar vein. Some are more speculative fiction than science fiction, and a few are just whopping great tales. There are, at times, some rather liberal borrowings from other science fiction classics, such as the movie Aliens. In the context, these made the stories even more humorous rather than making them appear derivative.

All of the stories in this anthology were amusing. No doubt some people will find some stories funnier than others, humor being subjective and all, but you'll likely smile at most any of them. There's nothing too deep about these, so this would make a good, diverting summer-time read.

‘The Cat Wore Electric Goggles’ is available from Amazon