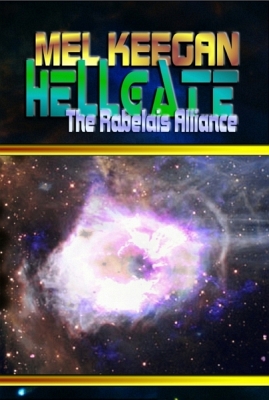 Curtis Marin is a hit man, although he would object strongly to that term. He would probably prefer something more along the lines of ‘avenging angel’. In the almost lawless fringes of the human colonies among the stars, where money and power lets you get away with murder (in other words, not much changes in 700 years), Marin works for a secret organization that, for a price, allows bereaved families to get justice. Marin does a lot of research, including hacking into computer systems, to ensure that the selected victim is guilty of their crime before he carries out a commission. He’s judge, jury and executioner.

We first meet Marin while he’s on assignment, taking out a particularly nasty gun-runner who murdered a dozen people just because they discovered what he was doing, or might have seen something they shouldn’t have. By the time Marin pulls the trigger, the reader is convinced the man is getting exactly what’s coming to him.

Neil Travers is a Sergeant aboard the Intrepid, a huge deep space carrier currently assigned to an unstable area of space commonly known as Hellgate. The ‘Fleet’, as the military is called, enforces Earth’s ever more tenuous hold over its colonies. In an entirely self-defeating manner, Fleet relies on massive numbers of conscripts from the colonies to support its mission. New inductees are put through a training program that tests them to their limits, and some of them don’t live through it. On the Intrepid, things are even worse. A sadistic training officer called Neville takes special pleasure in torturing recruits with his simulated battle scenarios. The simulations are very real, and some recruits are killed during them. Some simply screw up, and are then flogged to teach them a lesson. One of these whippings results in the death of a young man, whose rich and powerful father wants justice.

The first half of the book weaves the stories of Marin and Travers together until they finally meet aboard the Intrepid. It was Travers who smuggled out the information about the true cause of the young man’s death to his father, and of course Marin is the man hired to obtain justice. When they meet, the sparks fly. In this version of the future, sexual preference is a non-issue, so the only thing standing in the way for Travers and Marin is the job Marin has been hired to do. Travers has very little compunction about helping Marin complete his assignment. He and the entire ship have been through hell at the hands of Neville, and the unseen commander Colonel Falk. But things don’t go exactly to plan, and soon the two men are struggling to save their own skins, and the lives of their friends aboard the Intrepid.

Of course, this being Mel Keegan, the story isn’t really over once the bad guy is put out of the way and the boys are safe. No, that’s just the beginning. There’s still another mystery or two to unravel before we get to the conclusion.

The Rabelais Alliance is classic Mel Keegan, in space. You have two hot and perfect for each other heroes, a rich supporting cast, action, adventure and mystery. It’s no wonder that the book has spawned at least four sequels. Marin and Travers both have older mentors who were also sometime-lovers. Mark Sherratt is Marin’s boss, the head of the secret organization Marin works for, and a member of an alien race thought long extinct. Traver’s friend and mentor is Richard Vaurien, the roguish captain of a band of privateers. Both of these men are interesting in their own right, and I assume they continue to play key rolls in the later books.

As for the science part of this fiction, the author is on pretty solid ground here, sticking to well-established memes of faster-than-light travel, anti-gravity and other standard future-tech. Even the concept of space-time anomalies will be familiar to any Star Trek fan. Unlike the last Mel Keegan book I reviewed, Aquamarine, this one doesn’t leave any nagging technical questions, which allows one to enjoy the story much more.

You can purchase The Rabelais Alliance from Smashwords or Amazon.

You can find out more about Mel Keegan, the book, and more purchase options, at the Dream Craft site.