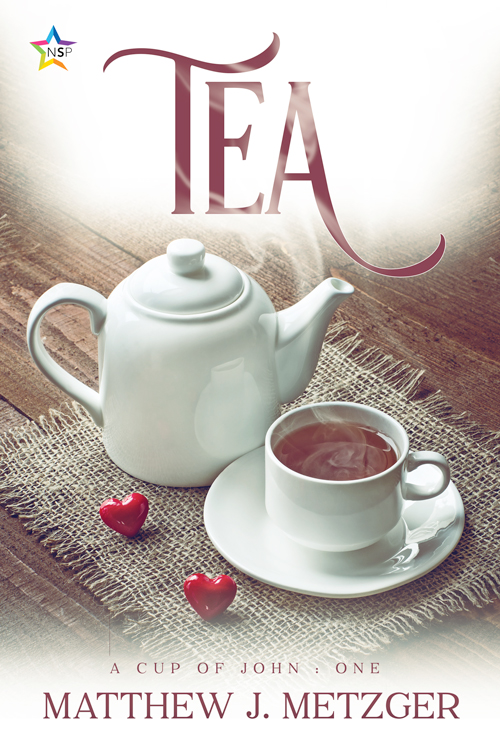 Volume 1 of A Cup of John

Big burly electrician John ducks into a crowded coffee shop to escape the rain and grab a cup of tea when he bumps into a table and spills some coffee on Chris, a younger man who pushes all of John's buttons. John may tower over most people and have to walk sideways through doors, and people may draw the wrong ideas from his appearance, but he's no monster. After a disastrous end to his last relationship, though, he's not sure. Chris is not without his own issues, above and beyond his blindness.

“Tea” may well be the ultimate “opposites attract” story. The more you learn about the two men, particularly Chris, the harder it is to see them forming a lasting relationship. Yet the two compliment each other very well, and the more involved they get the more you begin to see how they might be able to make it.

The story is told entirely from John's point of view. While Chris may seem to have more issues to deal with, John's wounds are fresher and nearer the surface. It's not that hard to put yourself in John's place. It's a sad commentary on our times that it's easy to appreciate that if a lie is repeated often enough, even those who know it's not true may begin to have doubts. John's reluctance to get into another relationship that might expose him to more abuse is quite understandable.

Seen through John's eyes, Chris sometimes seems like perfection personified, even though he has issues almost as threatening as John's. Chris is not quite too-good-to-be-true, but he is a genuinely nice person who apparently has been through enough to empathize with people like John.

Both characters are portrayed quite realistically, and they're not your typical romance heroes. If you've read previous works by this author, then you know to expect characters that aren't necessarily what they outwardly appear to be. Their struggle, and the challenge to those around them to accept them as they are, always makes for interesting reading that's also a little thought provoking.

“Tea” is available from Amazon.