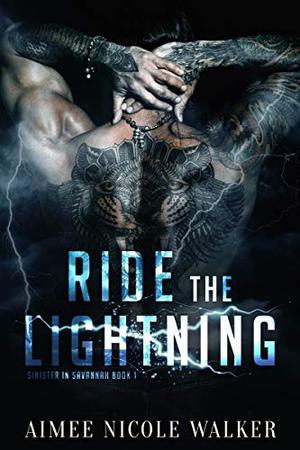 Volume 1 of Sinister in Savannah

Army veteran Jonah enjoys his work on cyber-security for the Georgia Bureau of Investigation. At least, he would if he didn’t have the boss from hell. One of the few things making work bearable is his intern Avery, but even that is not without problems. Jonah is drawn to Avery, in his own words, like a moth to a flame, but the demons of his past have convinced Jonah that close relationships aren’t for him. When his neighbor asks Jonah to look into the death long ago of a close friend, a murder for which someone confessed who couldn’t possibly have committed the crime, it opens a whole new can of worms.

“Ride the Lightning” is a sweet and hot romance wrapped up in good mystery. The unsolved murder is the driver of the story, and even helps push Jonah and Avery closer together. The book is entirely from Jonah’s point of view, and he comes across quite believable as a recent military veteran with some PTSD issues. His special project at work is classic literary fiction (see the film Sneakers), but it’s pure fantasy. However, that doesn’t detract from the story at all, since you’d have to be a real nerd to know the project isn’t the least bit possible.

Jonah’s sideline, as it were, is a podcast he started with two other men he met through work, Felix and Rocky. The podcast is titled “Sinister in Savannah” and it provides the theme for this new series. The pair play significant roles in the story, as well as providing some of the comic relief. They’re all three rather different types, and it appears newspaper reporter Felix will take center stage in the next volume.

Avery is an interesting character. He’s given some distinctive traits that make him rather charming as well as fleshing him out as more than just a male femme fatale that our hero has to rescue. In some ways, Avery feels a little bit under-played, since he ends up having a key role in uncovering the true culprit.

“Ride the Lightning” is available from Amazon.