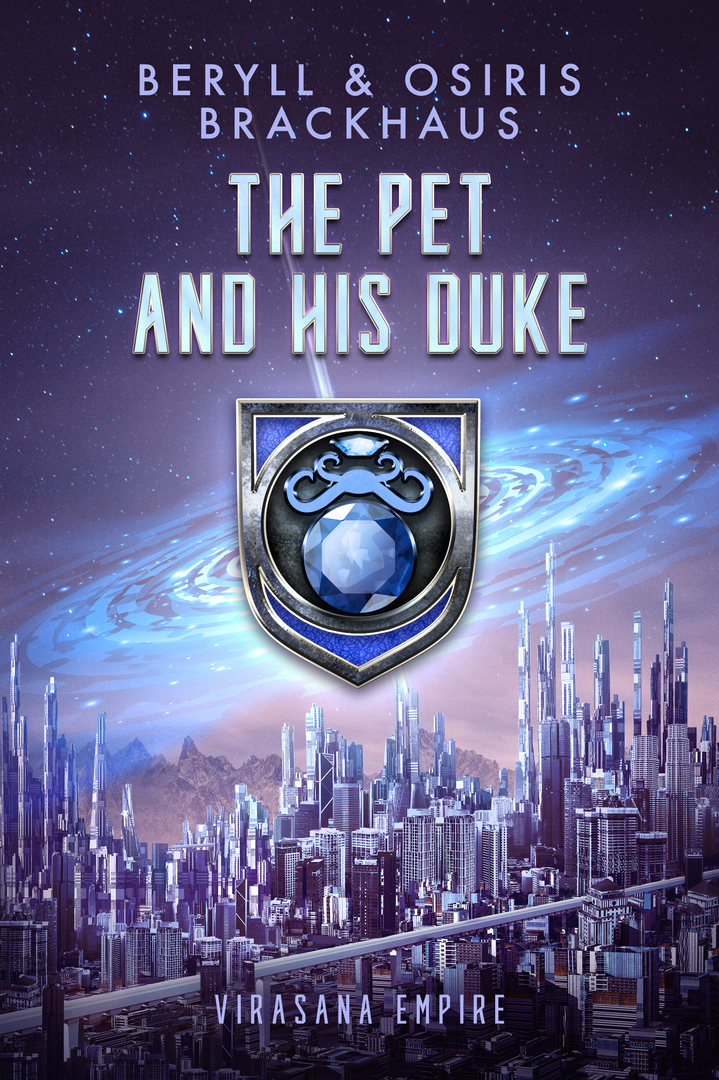 The Pet and His Duke

Robert was born and raised to be a “pet”, a pleasure slave trained to satisfy his master’s every sexual demand. It’s an unsettled life with no permanence. Masters can grow bored and trade him in, or gift him to someone else to curry favor, or he can be stolen by another jealous owner. All that and more has happened to Robert in his time, and now he’s back in a trader’s “inventory” to be sold on again, yet he’s all too aware that at his age he is well past his amuse-by date. So, it’s a big surprise when he is sold sight-unseen to a new owner, who even more surprisingly is a very young duke. It must be some mistake, he thinks, but apparently it’s not. Duke Thomar has just been enthroned as Duke of his planet, after a war with an invading demon empire wiped out the rest of his family. At just 18 years old, and as the youngest son of the former Duke, this is not what he expected. As Robert gets to know his new master more and more, his doubts turn to something even more dangerous for a pet: love.

Although set in the same far-distant future fantasy universe as the Sir Yaden series, “The Pet and His Duke” is a stand-alone book where none of the characters from the other series appear, so you can conceivably read it without having explored the other books. However, this book provides very little background context to the culture in which it takes place. If you haven’t read at least a couple of the Sir Yaden stories, then you’ll probably be clueless about many of the references to things such as Lotus Knights and teleports made in this book. If you have read the other series, then it’s probably also fair to warn you that sex plays a much more central role in this book, which you should probably expect given the main character’s occupation.

The story is told entirely from Robert’s point of view. It’s very episodic in nature, as the pet relates the various adventures and escapades that his master involves him in. Along the way, we also see Robert evolve from the slave anxious to satisfy every whim of his master to someone who realizes he has some self-worth as a human being. Within the context of the universe of the Virasana Empire, a decadent future where almost anything, or anyone, can be had for a price, Robert’s character comes across as quite believable. He doesn’t delve too much into his past masters, but there’s enough to know he’s had bad ones as well as good ones, and he has survived, probably by not dwelling too much on the bad experiences. The idea of a future where sex slaves are bred, trained and sold may be distasteful, but if you accept that fantasy then Robert’s personality and journey through the story makes sense. This book stands in a rather interesting counterpoint to The Windmines of Bora Bora, the second Sir Yaden book, where the uglier side of slaves and pets is very much on show.

We get to know Thomar exclusively through Robert’s eyes. The young man is definitely an enigma, but it’s all those questions about his powers and motivations that drives the whole story. Without spoiling things too much, it’s fair to say that most of your questions will be answered by the end of the book, although for the most part not until the last few chapters. This is an area where once again it’s probably better to have read the other books set in the same universe first. It’s hard not to like the Duke, although he comes off as a little too good to be true, but even that gets explained to some extent by the end.

“The Pet and His Duke” is available from Amazon.