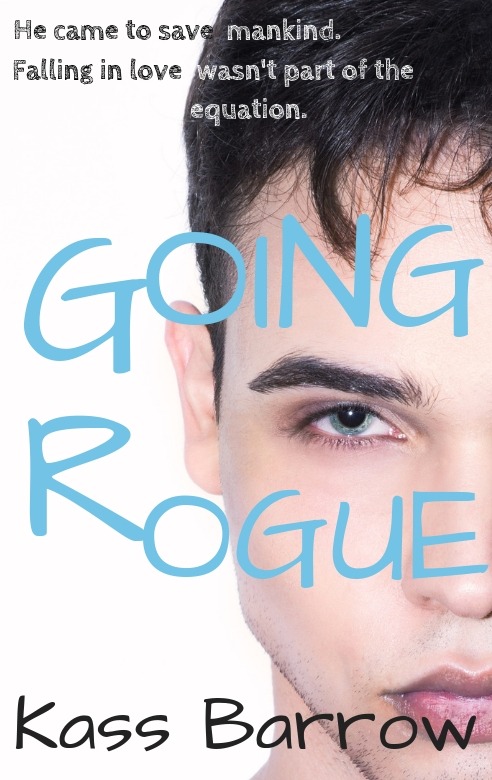 Blake is just finishing up his shift at the front desk of a London hotel when a very handsome yet very strange man appears, looking for a female companion. The man, Ray, is eccentric, to say the least, and apparently straight, but Blake can’t seem to resist trying to help him on his quest despite his own attraction. Although, once he gets to know Ray and finally learns the true nature of his quest, he begins to question everything.

“Going Rogue” is a curious little bit of speculative fiction. Like all speculative plots, it begins with a simple “what-if”, although in this case it’s not quite that simple. The core idea isn’t exactly new. The concept that there may have been some extra-terrestrial interference in human development is a classic (think of 2001: A Space Odyssey for example). The twist in “Going Rogue” is that the alien nudge that set human development on its course introduced a genetic defect, which will spell humanity’s doom if not corrected.

The “implement” created to make the correction and save humanity, Ray, is delightfully naive. Complete innocents are a bit cliché, but they’re also great fun. Ray is a perfect mirror reflecting some of the sillier aspects of modern society. In contrast, Blake is very much an average every-man type of character. His somewhat reserved personality makes a stark contrast with Ray.

The relationship between Blake and Ray runs a very roller-coaster course as Ray is torn between his attraction to Blake and the need to fulfill his mission. Curiously, one of the things Ray latches onto to as a means of trying to understand human mating rituals is a television soap opera. In many ways, the bumpy course of Blake and Ray’s relationship mirrors that of a soap opera. This isn’t meant as a negative, but it will give you an idea of wht you’re in for and whether or not this book might be right for you.

“Going Rogue” is available from Amazon.