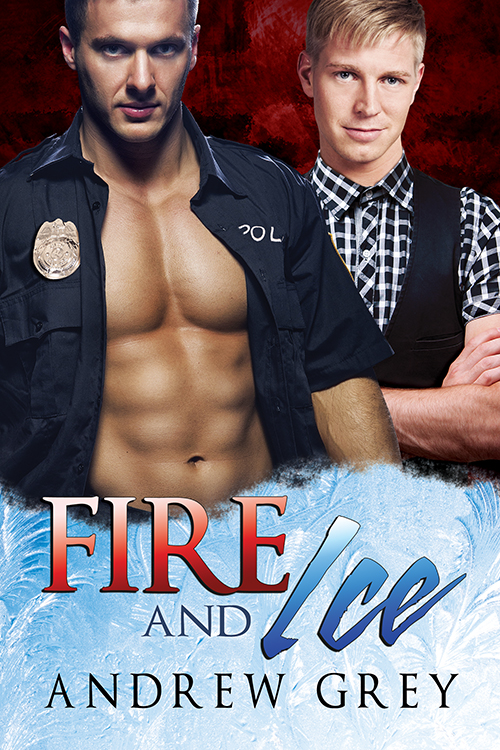 Fire and Ice
by Andrew Grey

Carter graduated from the police academy like everyone else, but since he has computer skills, he's usually stuck in the station's basement computer lab. When he finally manages to get a shift on patrol, he's called to a domestic disturbance where he finds a battered woman and eventually her even more abused son, Alex. Child services is called to take care of the child, and the case worker who shows up just happens to be Donald, a man Carter spent a very hot weekend with a few months ago, and who subsequently didn't return any of Carter's calls.

Because it's late on a Friday night, Carter goads Donald into taking care of Alex over the weekend rather than putting him in the group home, where the boy probably won't get the attention he needs. The policeman ends up spending a lot of time with Donald and Alex, trying to comfort the boy while gently gathering as much information as he can about the men who abused him, so he can make sure they're off the streets for a long time. In the process, he begins to understand that Alex isn't the only one who needs his help.

While “Fire and Ice” is part of a series set in the same town, featuring men who work in the police department, it's a separate book from the first one, Fire and Water, and stands easily on its own. The main characters from the first book make a brief appearance in this story, but you don't have to know their history to understand what's going on.

That said, if you have read the previous book, you will notice a few common themes. Carter and Donald aren't quite the polar opposites that Red and Terry were in “Fire and Water” but they are two very different people, who nonetheless have a certain chemistry that gets depicted a lot more realistically than you usually find in romance. In addition, while there is definitely a connection, they have to work at it to make anything happen.

This book will quite unabashedly tug at your heartstrings. Despite the realistic portrayal of the core relationship between Carter and Donald, this story like the first book relies on a series of quite incredible coincidences. The ending, in particular, gets wrapped up a little too neatly, but it's easy to forgive these little flaws in what is otherwise a good read.

“Fire and Ice” is available from Amazon

and All Romance Ebooks.