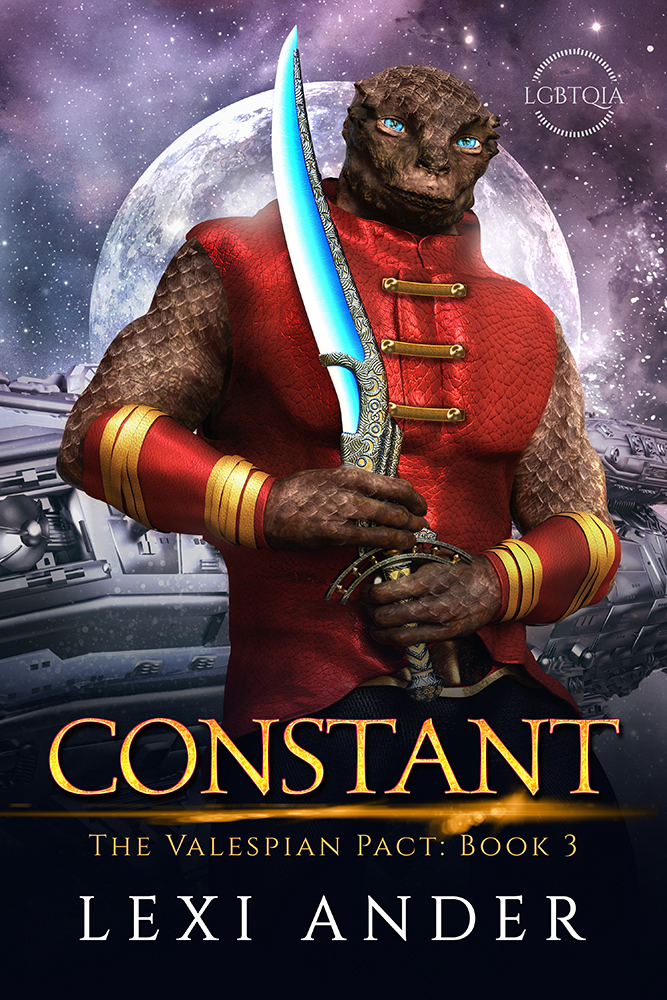 Volume 3 of The Valespian Pact

Prince Mestor has been in love with warlord Sohm’lan since he was 15 years old. Now a warlord in his own right, the prince still pines for the man who has been like a second father to him, only now he actively pursues the older man, who seems oblivious to Mestor’s advances. The strange dream encounter between Mestor, his brothers, and Poseidon provides a completely unexpected opportunity for the prince and Sohm’lan to finally get their relationship started.

This third book of the Valespian Pact series is a bit unusual, in that effectively retells many of the events of the previous book from a different set of points of view. While it’s a risky storytelling device, it comes off well. The existing story arc is used to shine a brighter light on characters that were more or less secondary to the story of Zeus told in the previous books.

The first two volumes of the series have already painted a vivid picture of the reptilian Marsani and their culture. Mestor, as one of Zeus' brothers, has already played a bit of a role in the stories, so we know him. Sohm’lan has also played a part, but with this book the two have most of the story dedicated to them and allows us to get to know them better. While coming from a completely alien culture, both of the males come across as very real characters.

Battling against prejudice and stereotypes has always been a none too subtle theme of this series so far, and it really comes to a head in this book, as Sohm’lan uncovers some very uncomfortable information about the inhabitants of the seas of his home world. The revelations, and the search for justice, are what drive most of the dramatic turns of the story. Despite knowing the general arc of the story already, all the new angles make this a very compelling read.

“Constant” is available from Amazon.