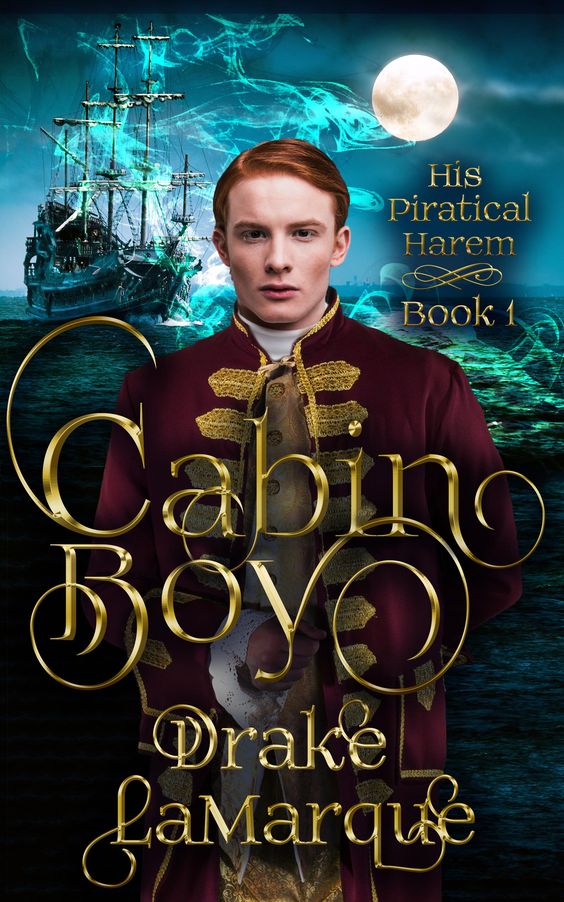 Volume 1 of His Piratical Harem

As the son of the governor of Jamaica, Gideon leads a rather privileged life. However, trouble looms as Gideon’s father insists he choose a girl to marry within the week, but the young man knows he isn’t attracted to women. He decides the best course of action is to run away, so he sneaks out the house early one morning and manages to find a ship to take him on. The captain is a tall muscular imposing figure who displays a curious interest in Gideon, who is also attracted to the first mate as well. What Gideon doesn’t realize is that he’s actually signed on to a pirate ship, and that’s just the beginning of his troubles.

“Cabin Boy” is a rather delightfully fun read. Although the blurb hints at the fantasy element, it’s much stronger than I was expecting, which is just fine, as it fits in with the rather charmingly madcap adventure. Think a slightly less blustery version of the Adventures of Baron Munchausen (the Terry Gilliam version), with a lot more sex. Gideon’s sexual escapades are rather adventurous and one of the many things that make this book quite a page-turner.

Most of the story is told from Gideon’s point of view. He is in many respects the most relatable character. The captain, Tate, and first mate Ezra are the other two main character that we get to know the best, and one assumes their back-stories will get fleshed out in later installments of this series. Quite a few other characters are introduced, who will clearly play a part in the next books as well. There’s quite a lot of modern queer sensibility on display from the various characters, but given what we know about “pirate culture”, that might not be as anachronistic as it may sound.

The writing style flows really well, which is the main reason this is such a quick read. The author manages to paint a rich picture of the characters and action without resorting to florid or complex language. Writing simple English that gets the point across without sounding too Dick-and-Jane is actually not that easy, so I definitely noticed and appreciated the writing in this book a lot more than I usually do.

There are at least two more books in this series and I can say I’m definitely looking forward to reading them.

“Cabin Boy” is available from Amazon.