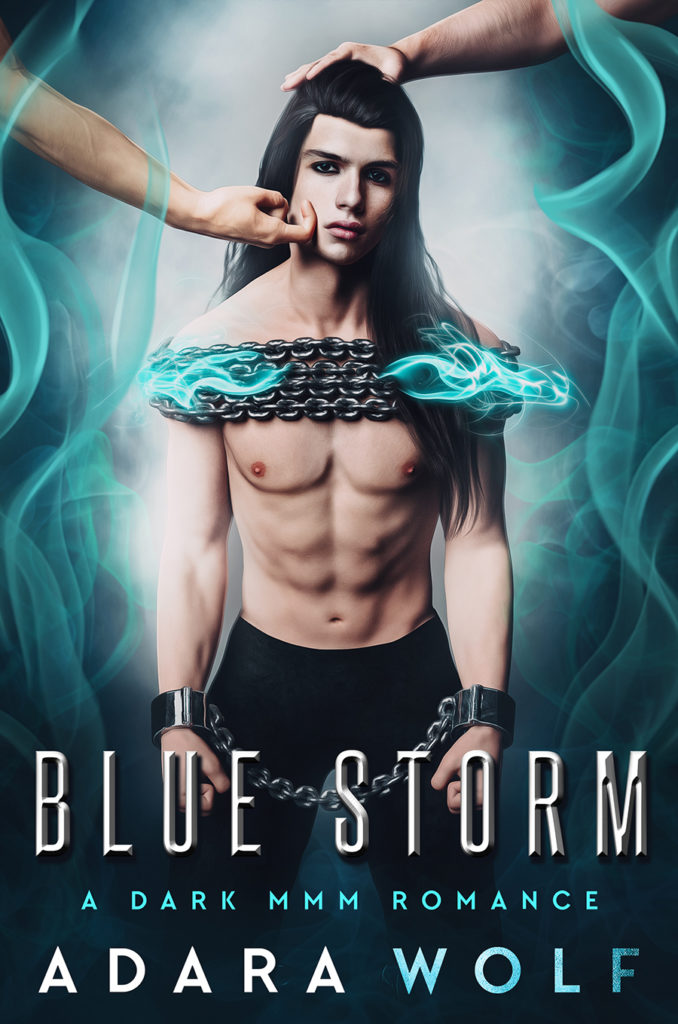 In a world where almost everyone can wield magic, being born without the ability means almost certain death. Without magic, you can’t know your true name, and without that a person soon loses touch with life. The only way to survive is if someone else uses their magic to bind you to this world, and them, by giving you a name. That makes you their slave, subject to every whim and sexual desire, and they can take away your name at any time, leaving you to waste away and possibly die unless someone else wants you for their plaything. Blue Storm is one such “nameless” who has almost lost his grip on life when he’s acquired by two male lovers to be their sex slave to service one of them when the other goes out of town. Blue Storm has had a lot of masters, and he hopes this pair will want to keep him, although he’s not sure how to go about pleasing two masters, especially ones with very different personalities.

In broad outline, there are quite a few similarities between this story and another book I recently reviewed, The Pet and His Duke. Both have a pleasure slave as their main protagonist, and are told from the slave’s point of view. The two slaves are also on the older side, no longer as young and attractive as most masters are looking for, and so at the end of their “useful” lifespans. However, from here the two plots diverge wildly. Where the other book is rather light and seems headed for a happy ending almost from the beginning, this story is quite dark as Blue struggles to figure out how to please two masters.

Blue is definitely an interesting character to try and analyze. Most of us may be hard pressed to put ourselves in his position, but he comes across as a real person. It’s very difficult to tell where the story is going with him, or in general, but I think that’s very purposeful. Blue knows he needs to please both his masters, Julien and André, if he’s going to keep his name and not suffer the pain of being nameless again, yet the two men are very different in their attitudes toward Blue, making it very difficult to know how to please them.

We get to know the two masters, Julien and André, through Blue’s eyes. Blue takes an instant liking to Julien, even though the older man is something of a sadist. André proves to be much more of a mystery to Blue, which is the source of a lot of the tension in the story. It isn’t hard to figure out André’s attitude, but it’s so foreign to what Blue has experienced that he just can’t see it.

There is, of course, a moral dimension to this story. The nameless, though human in all respects save the ability to wield magic, are treated as sub-human, without any rights of their own. They’re treated worse than animals kept as pets, and are used then discarded on a whim. The fantasy world which makes this happen is depicted all too believably. While this theme is definitely there, it’s not handled in a heavy handed way. It comes out naturally through the characters and their attitudes.

“Blue Storm” is available from Amazon.