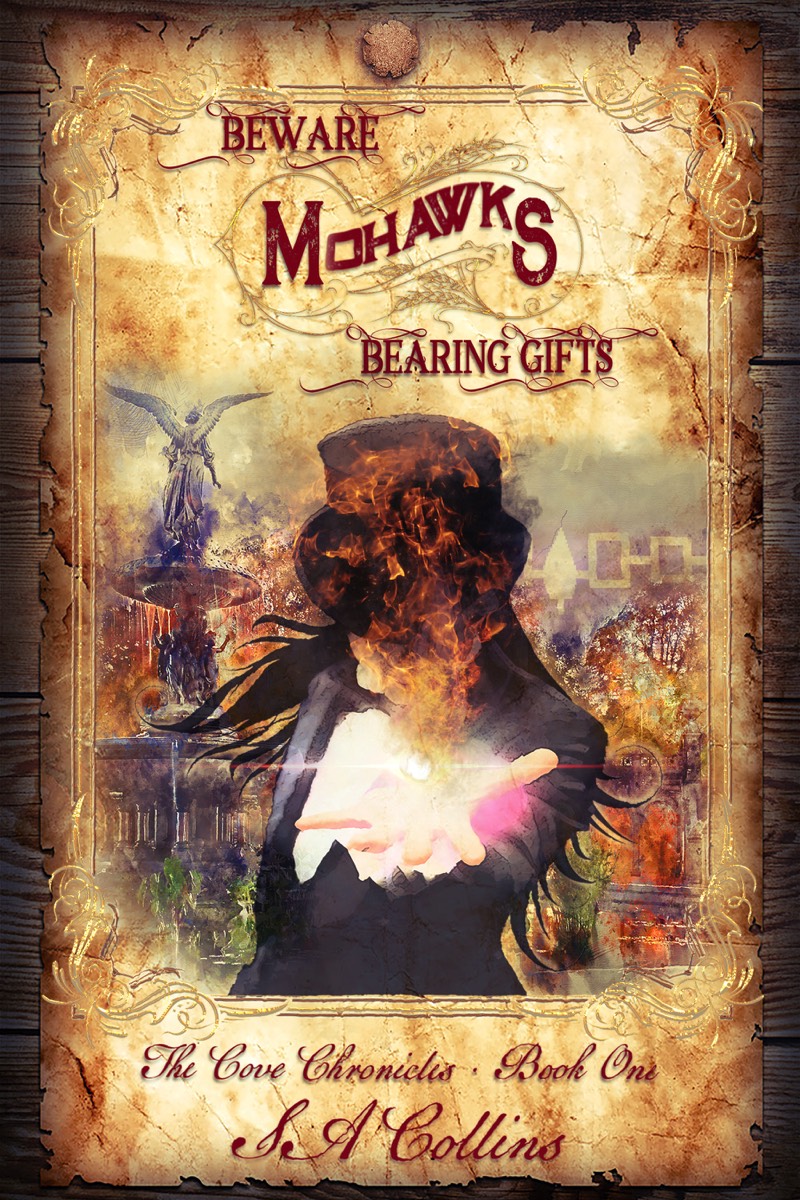 In an alternate universe, the British did not abandon the native Americans at the Treaty of Paris, ending the American revolution, and kept their promise to help the tribes establish their own homeland. Twenty years later, tensions are high between the confederated native lands and the nascent United States, which is hemmed in between the natives and the Atlantic Ocean. In New York, William Hallet is a bit of a dandy but has a taste for adventure. He has taken to dressing down and hanging out in a rough and tumble pub where a curious group of men has caught his attention. That seemingly minor adventure leads to much more than William is prepared for.

“Beware Mohawks Bearing Gifts” is an interesting blend of speculative fiction and fantasy. It starts with that basic “what-if” premise of speculation that the American revolution ended just a bit differently, and combines that with the idea that the creation and spiritual myths of the eastern native tribes had a greater basis in fact than we would think. It’s a sci-fi, fantasy, spiritual blend much in the vein of Star Wars, without the wookie, yet.

William is at the center of the story and everything is related from his point of view. This first book of a planned series introduces a lot of characters and spends a lot of time building the alternative universe in which it takes place. Oddly, there is a fair amount of action as the story progresses, yet it still seems to unfold in a very measured pace. William is quite believable. I can easily imagine him as a sort of Sherlock Holmes (Jeremy Brett version), dressing in rags to visit seedy pubs down by the docks, mixing with the poor and unwashed as one of them. Will may not have the deductive talents of the great detective, but he’s certainly very observant.

In addition to Will, other key characters include his two college friends Jacob and Joss, both Mohawks, and his sister Rebecca. Among these, Joss seems the most important, as he and Will are somehow fated to be together. There are a great many other people that Will meets along the way, at least some of whom will probably play a role in future volumes. One of the interesting things about this story is that almost nobody is quite what they seem to be when we first meet them.

The prose style is quite interesting. It’s definitely one of the reasons why the pace seems so measured, although it’s not really difficult to read. The dialog seems to attempt to replicate the manner of speech of the late eighteenth / early nineteenth century, although as in most such cases, I’m left wondering if this is really the way people spoke or if it’s just what we know from what was written down.

While not exactly a cliff-hanger, the ending of this book leaves a lot of loose ends, so I will almost certainly be looking to read the next installment as soon as it comes out.